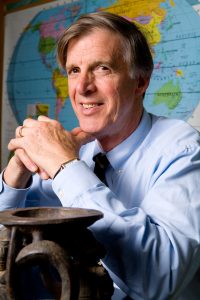 The 1st-century Jews had been subject to foreign authority ever since the end of David’s kingdom in the 8thCentury BC.   The development of Christianity shows many of the standard elements in what anthropologists call a revitalization movement, a concerted organized effort by an oppressed people to establish a better life for themselves.

Phil Stevens is an Elder at WPC, on the Session, a member of the Case Library Committee and Chair of the Membership Committee.  He is a cultural anthropologist; in 2019 he retired after 48 years in the Anthropology Department at SUNY Buffalo.  This series is a reprise of talks he gave at the Church in 1987.